Everything Everywhere All At Once ★★★★★ 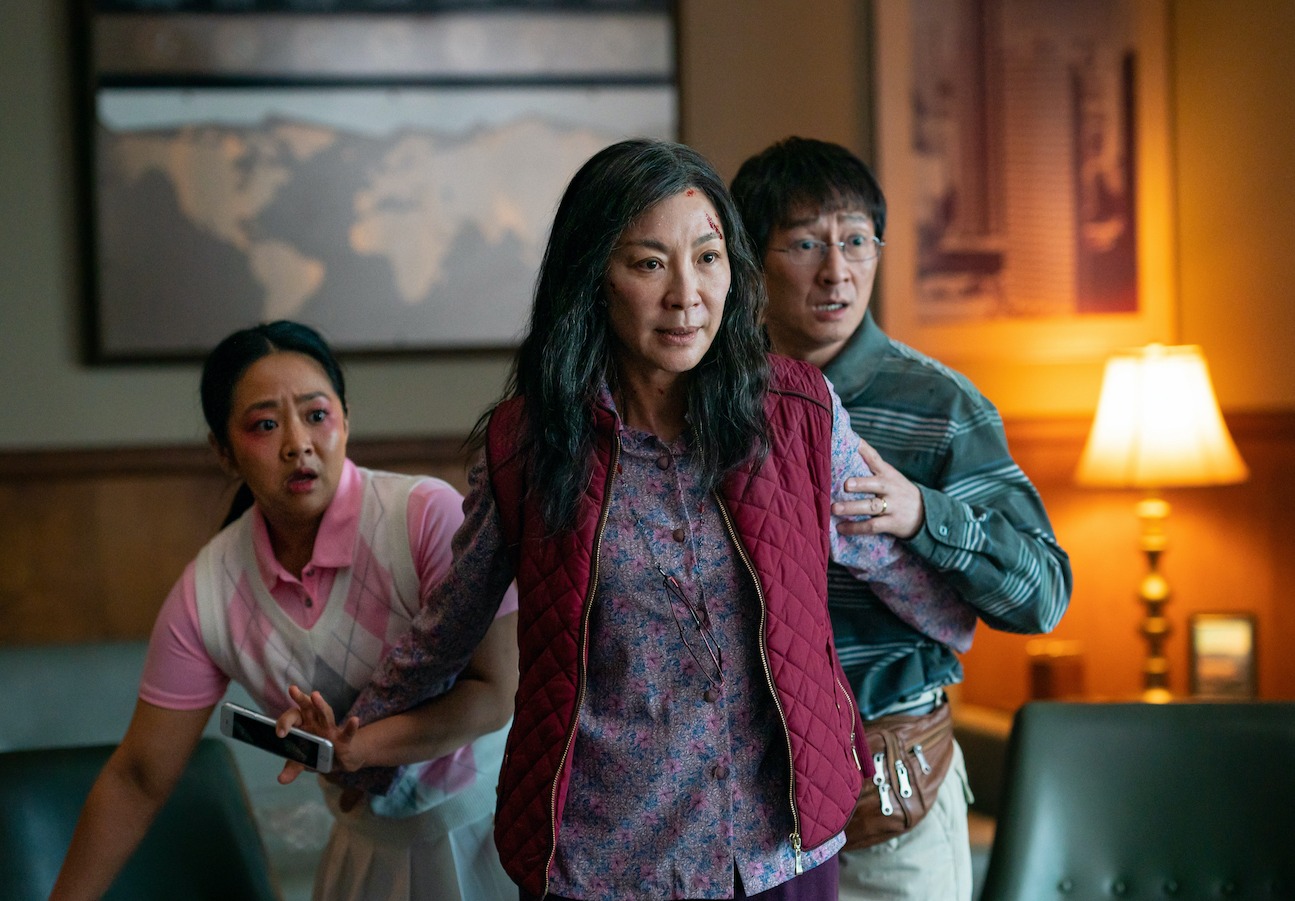 Fizzing and flowing over with wild and wonderful imaginings, the amusingly monikered Everything Everywhere All At Once delivers emphatically on the chaos promised by its title. Dan Kwan and Daniel Scheinert, the writer-directors of Daniel Radcliffe’s idiosyncratic comedy Swiss Army Man, crank up the madness with this hilarious sci-fi actioner which has more fun with the multiverse than Marvel have managed to date.

The hardworking Michelle Yeoh (check out how many projects she has on the go) stars as downtrodden laundromat owner Evelyn Wang, who is about to have her life turned upside down. Evelyn is so fed up that she’s oblivious to the misery of her mild-mannered husband Waymond (Ke Huy Quan, making a welcome return to the spotlight after his scene-stealing childhood work as Data in The Goonies and Short Round in Indiana Jones And The Temple Of Doom). During an IRS audit, conducted by Jamie Lee Curtis’ merciless and frumpily attired jobsworth Deirdre, Evelyn is informed of a threat to civilisation: a great evil which only she can thwart by connecting with more talented parallel-universe versions of herself.

It’s finally starting to seem less radical to foreground a fiftysomething woman of colour yet is still fantastic to witness, and what a star Yeoh is in a role that requires so much more than her legendary fighting chops. ‘You’re living your worst you,’ Evelyn is unflatteringly informed before getting a chance to see just what she’s capable of, at one stage taking down adversaries with her powerful pinkie finger. There’s superb work, too, from Quan (still as endearing as ever and showing us just what we’ve been missing all these years), the divine Stephanie Hsu (of The Marvelous Mrs Maisel fame) as Evelyn’s daughter Joy, and a hysterically game Curtis.

Snappy direction from the sophomore helmers ensures that its running time of 140 minutes doesn’t feel remotely trying. Instead, the mundane and extraordinary collide in energetic style, building to an exhilaratingly busy conclusion, with the film’s surreal humour a particular delight. Hot-dog fingers, talking rocks, a pet pooch employed as a weapon: it’s all here, alongside a decent dollop of sincerity. Outlandish it may be, but things get pretty emotional too.

Everything Everywhere All At Once is in cinemas now.

Film
review
Sci-Fi
everything everywhere all at once