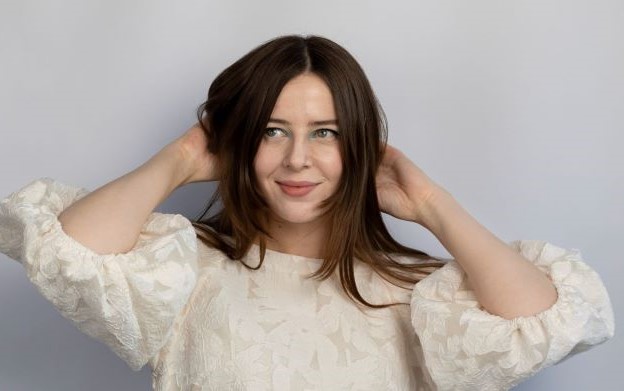 The subject of today’s Q&A is Chelsea Birkby

What’s the best bit of advice you’ve ever been given from a seasoned comic?
Laura Lexx told me to start with a joke.

And what has proved to be the least useful?
My parents told me to wear a beret, then I can be ‘beret girl, the girl with the beret’.

Is there one thing that keeps cropping up when people talk to you about Edinburgh in August?
Exorbitant rental fees. And if Rickrolling will hijack QR codes.

What’s your favourite word that begins in ‘e’?
‘Egghead’.

Is there one act you absolutely HAVE to see in August?
David McIver. I’ve never met him so don’t let him see this in case it’s creepy, but his 2019 show Teleport was a masterpiece. Someone told me an opener he did once, and I think about it weekly because it’s genius. I’m excited to see whatever he’s up to.

My parents told me to wear a beret

Picture yourself in early September: what would constitute a successful Fringe for you?
Everyone has unanimously voted me their favourite comedian in the whole wide world: objectively. My family admit that I am funny: subjectively. I reach nirvana (unrelated to and unbothered by those first two things).

What percentage of your early stand-up performances is likely to appear in your Fringe debut?
Some of the material is the same but the attitude has changed now it’s No More Mr Nice Chelsea and I’ve rebranded as absolutely horrible xx.

Which other new comedian do you feel a special kinship with? And do you reckon it’s reciprocated?
Two! Lanessa Long. She’s sincere and silly and joyful and I feel freer and lighter just watching her on stage. We got best-friend necklaces a week into knowing each other, and in the second week we were in the local paper together. So I think the feeling is mutual. Celya AB is brilliantly talented, extremely cool and deeply kind. Reciprocated? I’m just stoked when she likes my IG posts TBH.

Which side of your family do you get your funny bones from?
I have my father’s nose, if that’s what you mean.

I know this because my phone saves voice recordings of the show under the most-used word. To my surprise, it’s ‘murder’. Twice it’s been ‘blobby’.