The Q&A With Stewart Lee

A household name in UK comedy takes his place in our regular Q&A hot seat to tell us about punchlines, impersonating Ed Gamble and his love of otters

Comedy provocateur Stewart Lee is preparing not one but two Fringe shows this August. He takes time out from all that to consider our intense Q&A which leaves him pondering about his days as an Army Cadet and wondering about otters, parrots and Snoop Dogg.

Who would you like to see playing you in the movie about your life? Who do you think the casting people would choose?

I would like to be played by a cute puppet operated by Nina Conti when I was a child; by Sydney Chandler (Chrissie Hynde from Pistol) when I am in my 20s; Tanita Tikaram in my 30s; and then Hattie Jacques when I am old, but she is dead. I expect the casting people would want Romesh Ranganathan, as he seems to be the main person in most things these days.

What’s the punchline to your favourite joke?

You can keep your fucking plough!

If you were to return in a future life as an animal, what would it be?

An otter, no question about it (preferably European not Asian Short Claw). I would live at Glenelg on the west coast, where Ring Of Bright Water is set, and from where my Scottish ancestors left for India in the 1800s. I love otters and go into a trance of joy when watching them. I love the way they make all the things they have to do look such fun, and how they play with little stones and swoop through the water. I like to see a big pile of them asleep on each other. They are brilliant. I wrote all the Comedy Vehicle series in the café at London Zoo and I would look at the otters every day. Pricks used to feed them crisps and I would tell them off. I wish I could see otters in the wild. I used to love visiting all the Otter Trust sites, especially in Bungay, but they have mainly closed now as otter numbers in our rivers have recovered, thankfully. It remains to see how Brexit deregulations on pollution will affect this. I expect they will be OK in Scotland.

If you were playing in an escape room, name two other people (well-known or otherwise) you’d recruit to help you get out?

Susie Boniface (Fleet Street Fox campaigner and journalist) and Alan Moore the writer. Between them I think they would have pretty much everything covered. She would notice forensic detail and he would mystically intuit the bigger picture, but he wouldn’t like being shut in.

When was the last time you were mistaken for someone else and what were the circumstances?

I was mistaken for Dave Callahan, of 80s post-punk survivors The Wolfhounds, by an ornithologist in May. We spoke at cross purposes for some time about the nesting habits of green parrots, which I knew a lot about because I’d just read a book about how they colonised the south east of England. The bloke was really confused when I wasn’t Dave Callahan. I am fatter than him now though.

What’s the best cover version ever? 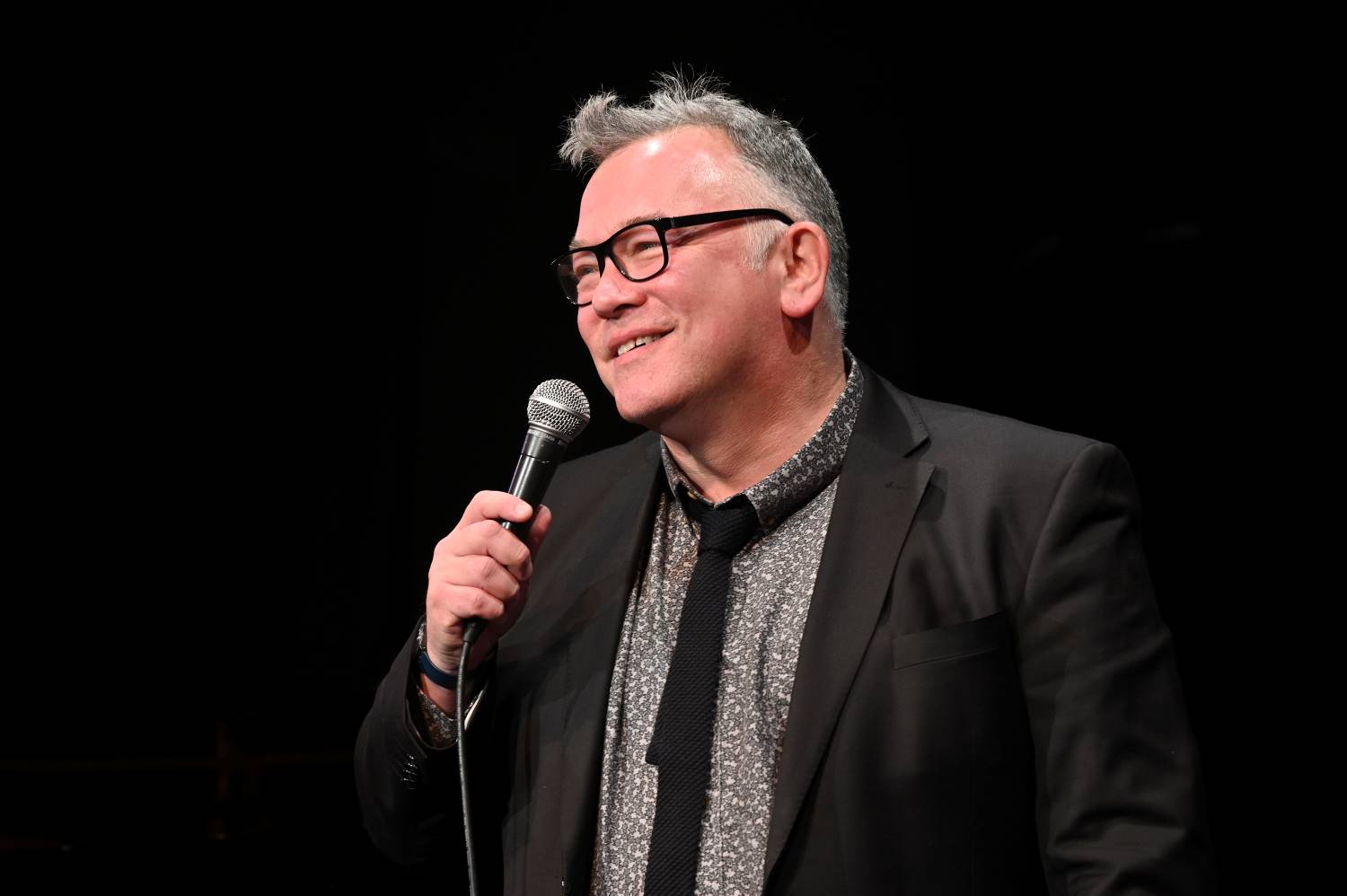 Whose speaking voice soothes your ears?

John Peel: the sound of going to sleep in the 80s, brainwashed by post-punk, excited about all the wonderful things in the world that I would one day be able to see. Or be.

Tell us something you wish you had discovered sooner in life?

Croissants are not a low-calorie health food. Too late now.

If you were a ghost, who would you haunt?

I would take the form of all the covid dead and haunt Boris Johnson, but only he would be able to see us, like in Macbeth, and I would make him look mad in public until he cried and wet his pants.

If you could relive any day of your life, which one would it be?

The day when I was about 14, in Army Cadets, and I did a speed-route march with just one mirthless commando bloke about a dozen miles over the Black Mountains and then camped alone eating my army rations that I cooked on a little stove, at the foot of the Pistyll Rhaeadr waterfall in mid Wales. That was a hinge in my life, the happiest I ever was. It burns my memory. It’s been all downhill since then. Although I did have a nice lamb phaal in an Indian restaurant in the Forest Of Dean last year with the kids that gave me thrillingly burning urine for about a week after. I felt so alive.

What’s your earliest recollection of winning something?

I won a junior general knowledge competition at Butlin’s Minehead in 1975. The prize was a game of Connect 4. Years later I won Celebrity Mastermind. The child is father to the man.

If you were to start a tribute act to a band or singer, what would it be called?

I have been lucky enough to sing the Mark E Smith part twice with all-female Fall tribute band The Fallen Women, which is a brilliant name for a brilliant idea. But I think my thing would be to hook up with a female vocalist and some grizzled rock-types and do Lee Hazlewood and Nancy Sinatra songs in the style of 80s Americana bands like Thin White Rope, The Dream Syndicate and Rain Parade. I would call it Lee Paisleywood & Nancy Thinatra.

What tune do you find it impossible not to get up and dance to?

The music from Ed Gamble’s Cazoo advert. When it comes on, I sing ‘Cazoo Cazoo Cazoo! Ed Gamble is here for you!’ and I dance round in a circle doing an impression of what Ed Gamble is like in the advert. 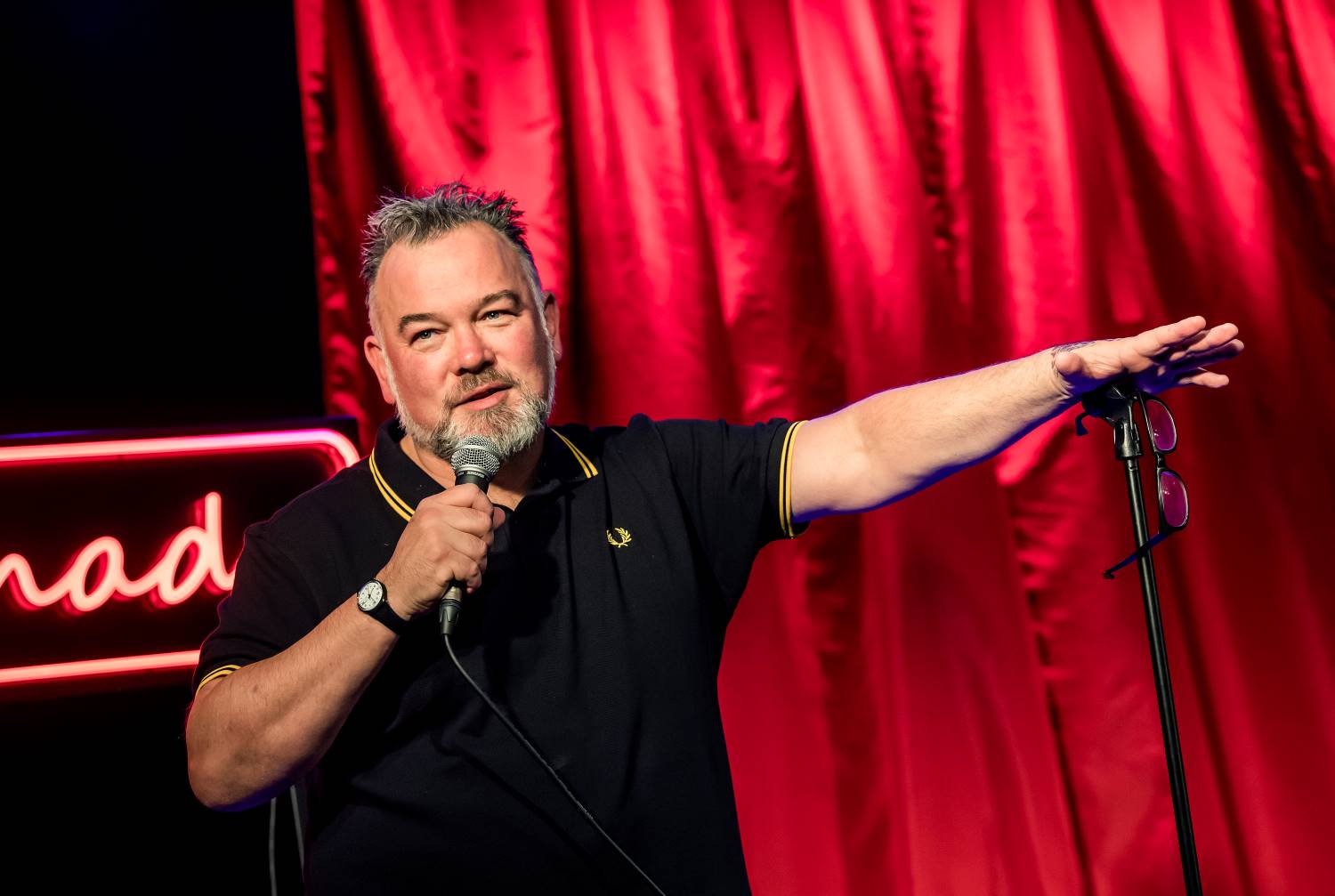 Which famous person would be your ideal holiday companion?

Professor Alice Roberts, on a dig in Orkney, with a trowel and not Neil Twat Oliver. I would discover something significant by chance (some kind of fertility goddess figurine) and Roberts would compliment me on it while a load of young archaeology volunteers would clap. We would then all go to the pub and have Highland Park. ‘Beginner’s luck!’ I would say, modestly, as everyone looked at me in admiration. That would do me, really.

As an adult, what has a child said to you that made a powerful impact?

After a talk I did to schoolkids, a five-year-old said, ‘do you think the Native American clown who kept throwing your notebook into the dust was actually the local activist you met on the reservation the next day?’ It changed the way I thought about comedy, and my life, for ever. She saw something I had totally missed.

Tell us one thing about yourself that would surprise people?

As a teenager I had a poem published in a book of poetry by precocious kids that also included one by the Scottish Tory Michael Gove.

When did you last cry?

Weirdly, in the closing five minutes of Pistol, when the Sex Pistols do the strikers’ kids’ Christmas party, which redeemed and transformed an otherwise erratic exercise. Those poor Sex Pistols boys. They were so young and no one was looking after them. But little kids got it! What a waste.

What’s a skill you’d love to learn but never got round to?

If you were selected as the next 007, where would you pick as your first luxury destination for espionage?

Orkney. And I would have Highland Park instead of Martini, neither shaken nor stirred. But who would I be spying on? Seals? The Papay Ranger? I would put on tiny yellow Speedos and walk into the freezing sea like Daniel Craig but it would make people sad.