A charming kids circus show with a real buzz 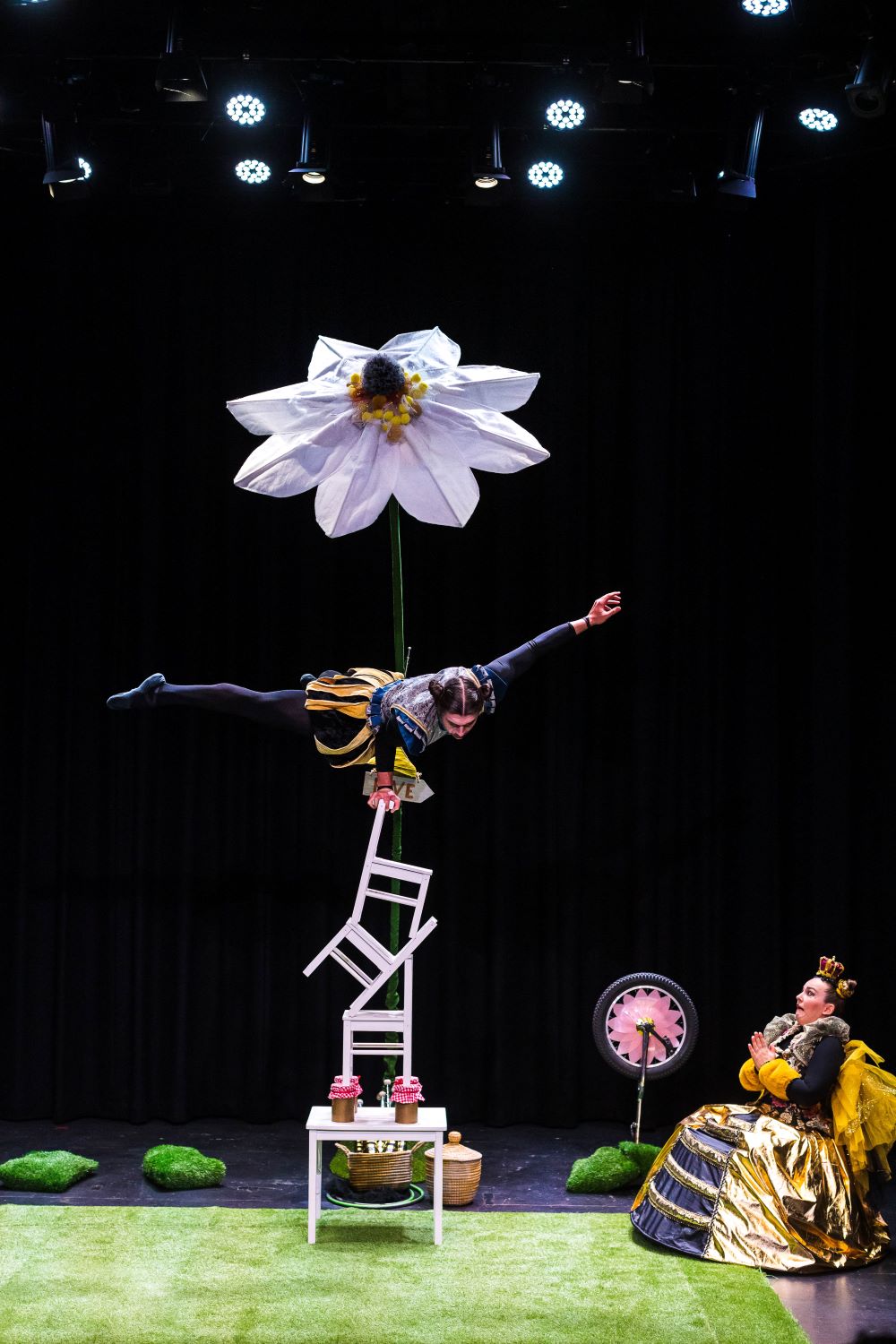 Queen Bee Lizzie McRae of ARC Circus sure knows how to make an entrance. We don’t want to spoil any surprises, but it’s safe to say that even if you’re sitting behind the person with the biggest hat in the theatre, you’ll still be able to spot her.

Australian-based ARC has created a charming piece set around the story of two bees (bossy Queen McRae and her eager, put-upon worker bee Robbie Curtis) as they try to find the perfect hive. Both McRae and Curtis are outrageously talented: McRae plays Lizzo’s ‘Juice’ on flute while being flung every which way; Curtis climbs precarious towers and juggles on a unicycle (there is so much Fringe nostalgia for a child of the 80s seeing someone juggle cutlasses on a unicycle); and both of them hoist each other aloft.

The sticky honey that holds the show together, however, is the clowning, and while the characters McRae and Curtis have created are clear and loveable, they don’t always hit the mark with their humour or storytelling: it feels at times more like a series of skits than a continuous tale. Still, there is plenty of sweetness with zero sting in this buzzing Bee Story.