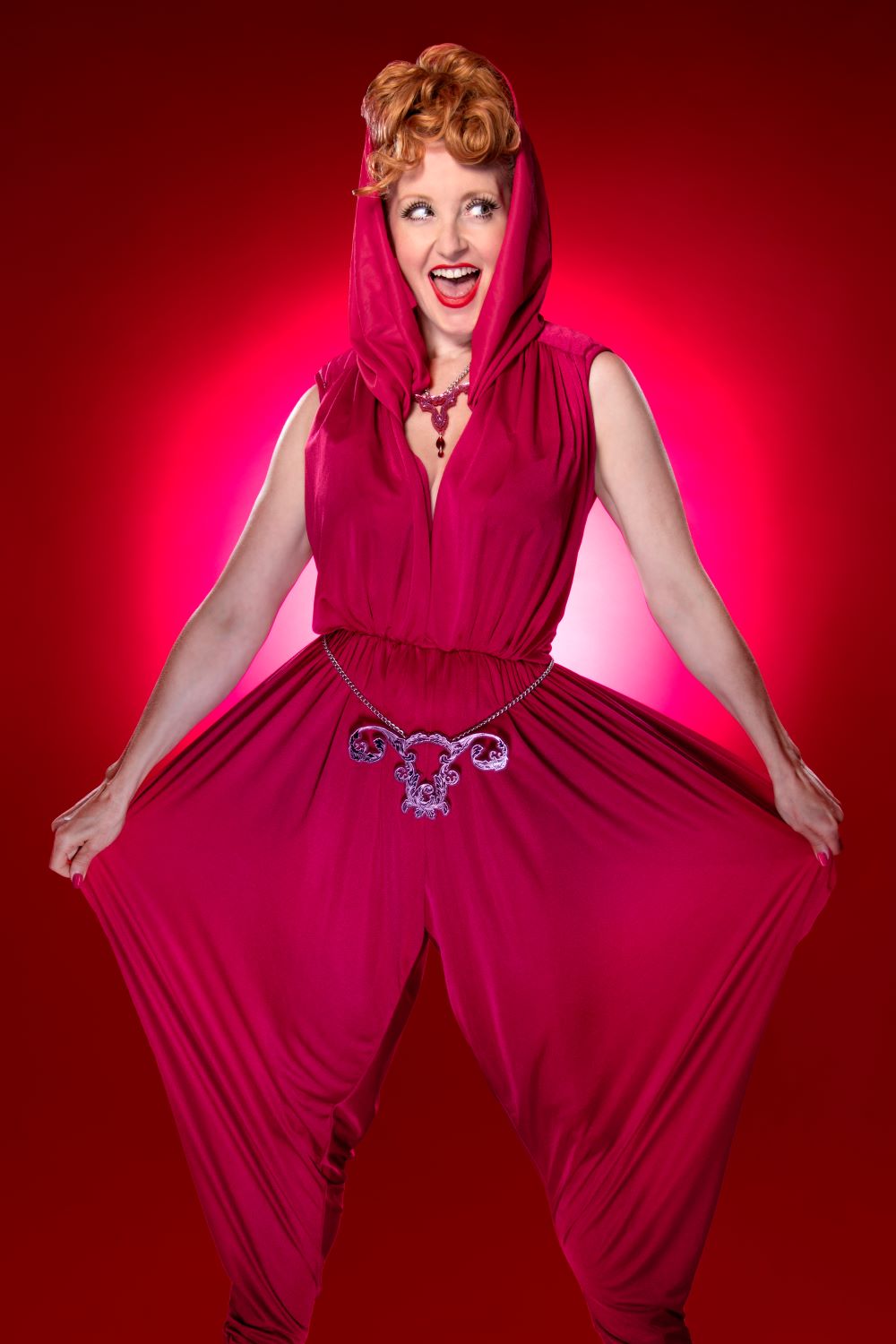 Multi award-winning cabaret queen Amber Topaz emerges, draped in red harem pants and a hood resembling a vulva. Complete with uterus waist-chain, her outlandish outfit sets the tone for the remainder of her uncensored spectacle of a show. This comedy cabaret comments on everything from modern dating and social media to the phenomenon of the female body. Packed with original songs and kooky characters, this unfiltered frenzy of a show can barely keep up with itself.